Meet the Technical and Engineering Team

This is the second installment in our Meet ThermoPro Series. As previously mentioned, I normally don’t share these blogs from my point of view. However, I recently had the pleasure of meeting or speaking with everyone in the ThermoPro family and I needed to share their vibrant personalities with you.

Again, since the people make the company, I wanted understand what makes them, make ThermoPro.

Previously I introduced you to the Customer Service team. The always bright and friendly, Ingrid, Gloria and Joe. Today, I’d like to take you further into the thermoforming process and help you get to know the more technical side of the operation.

Today I would like to introduce you to Mike Sinnette, the Technical Director and Lynn Carroway the Senior Engineer.

This team of two is a powerhouse of innovation and creativity. They balance each other nicely but couldn’t be more different. Mike has a great memory for detail and can really bring you into a story. Whereas Lynn is a man of few words that loves developing new products with clients. Together they are able to look at projects from every angle creating the most complete picture of how to accomplish goals.

How they each got started

As with the Customer Service Team, both of these engineers are transplants to Atlanta.

Mike worked as a manufacturing machinist in Ohio when he found ThermoPro (before it was even ThermoPro). He came down to be the operations manager. They wanted him to help get the company started in manufacturing. That was 23 years ago and he hasn’t looked back.

Lynn’s previous job brought him to the Atlanta area. He already had 13 years experience when he was contacted by the company (again previous version of ThermoPro) saying they needed an engineer. Today, he’s been a ThermoPro family member for 16 years.

I wanted to ask if either of them remembered their first day all those years ago. Lynn said he had training offsite; makes sense for a first day. Mike had a story.

He was still in the process of moving down to Atlanta from Ohio and driving an old Beetle pulling a trailer. Apparently, the lights didn’t work on the trailer and he was pulled over in Dalton, GA. They told him he had to get off the road so he got a hotel for the night. Atlanta traffic got the best of him and he ended up being an hour late the next morning; he hates being late.

You may have noticed that I consistently refer to the people that work at ThermoPro as a family. I do this because that’s what they are. When I asked the engineers what surprised them most about working at ThermoPro, both of them mentioned their coworkers.

Mike described working at ThermPro as unified. The company feels like a family that genuinely cares about each other not only on a professional level, but a personal one as well. Lynn acknowledged that as well but elaborated to include their in depth focus on quality. The people of ThermPro care for each other, but they also care about their clients and delivering quality products they can stand behind.

The average duration for employment at ThermPro is around 14 years. That’s a long time to get to know someone and see them everyday. Between the two of them they have almost 40 years of experience within ThermoPro. They both were there when Greg Weigle purchased the company from the previous owners. The shift from “outsourced CFO” to company owner surprised them both as well, in a good way.

Favorite Aspect of Working at ThermoPro

For engineers, it was a bit surprising that people were a favorite aspect of a job. However, they both mentioned their appreciation of their coworkers and clients multiple times.

I expected to hear about a project or a feeling of accomplishment for a job well done. Mike mentioned pride in being a critical part of starting and progressing the company’s manufacturing capabilities. But at the same time, he told me how much he loved working on the design and creation of ThermoPro’s proprietary products.

ThermoPro created Prize Wheels R Fun after constructing a homemade prize wheel to recognize their employees on their birthdays and hire date anniversaries. Mike is really just a big kid, 15 year old to be exact, that loves to create and play new games. 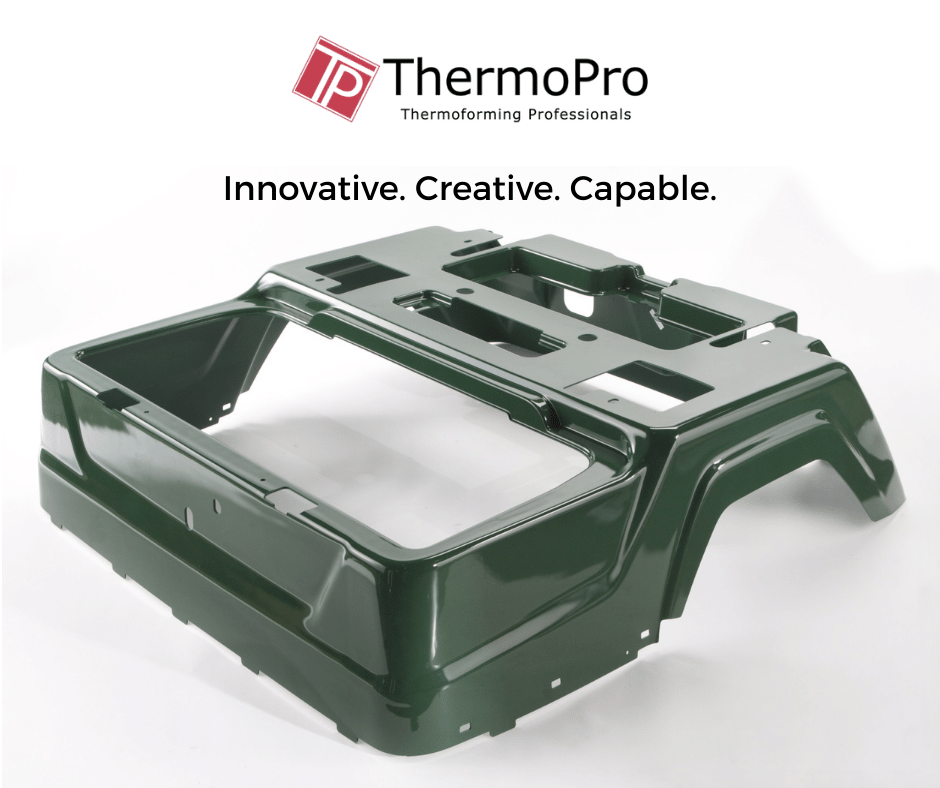 Every job comes with its own set of challenges. I asked these two if they could tell me about a particular experience that was extra challenging for them. The both told me about The initial Yamaha project.

In 2008 they started manufacturing for Yamaha. The parts were complicated and several other companies didn’t have success producing them. Because the previous suppliers’ trouble the timeline was short. The team was able to successfully complete the PPAPs on time and Yamaha is still a happy customer today.

The engineering team lives and breathes the company purpose, “To Create Innovative Products,” probably more than anyone else who works there. But, that’s still not all there is to it. Mike told me that ThermoPro has an overall atmosphere of safety, not just on the floor, although they take that very seriously. It’s a safe environment for everyone to come and work.

The first core value is to respect the individual. “We feel that strongly, everything else falls into place from there.” – Mike Sinnette, Technical Director at ThermoPro and avid outdoorsman.

Get the latest news and updates from ThermoPro.